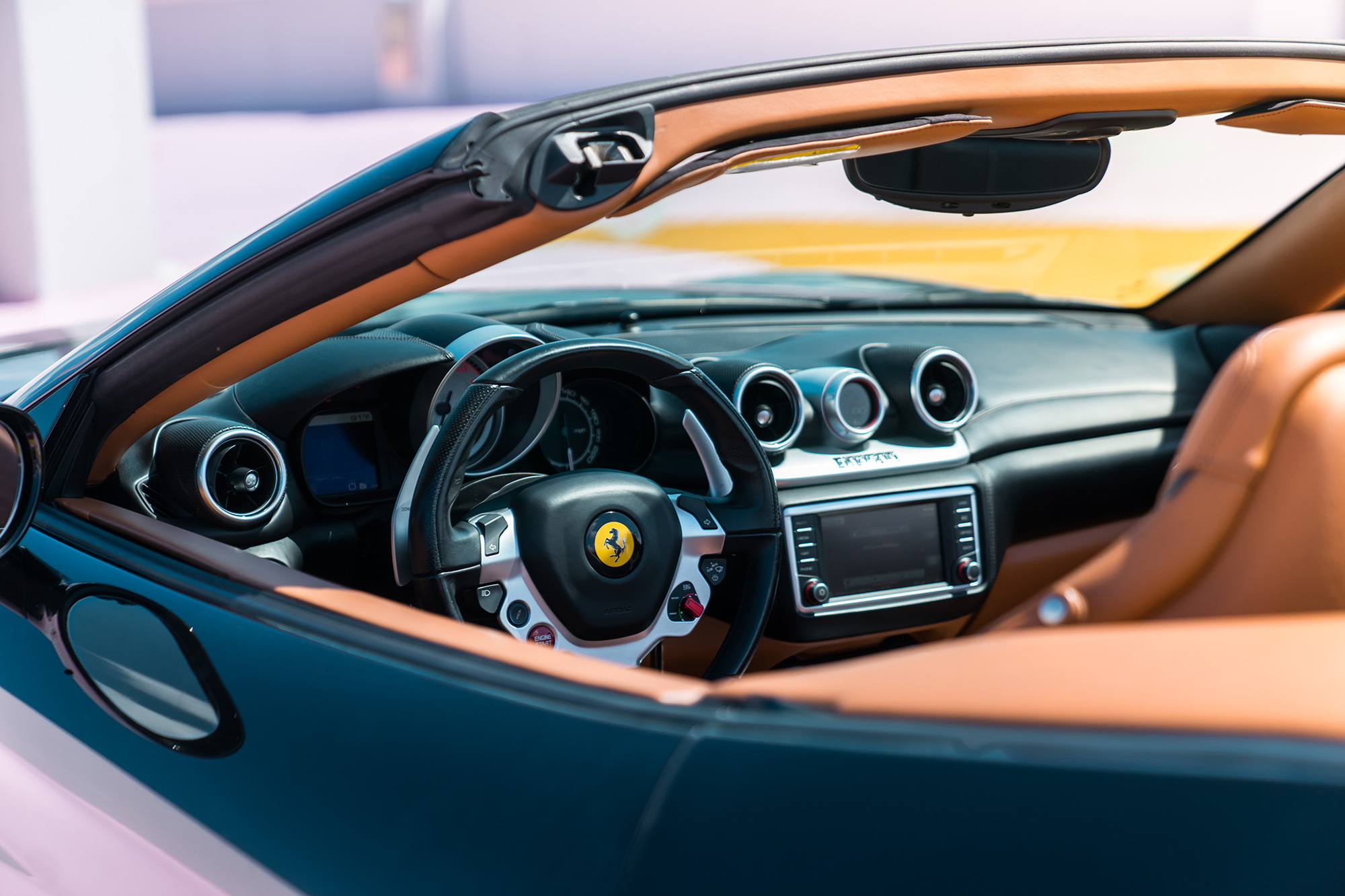 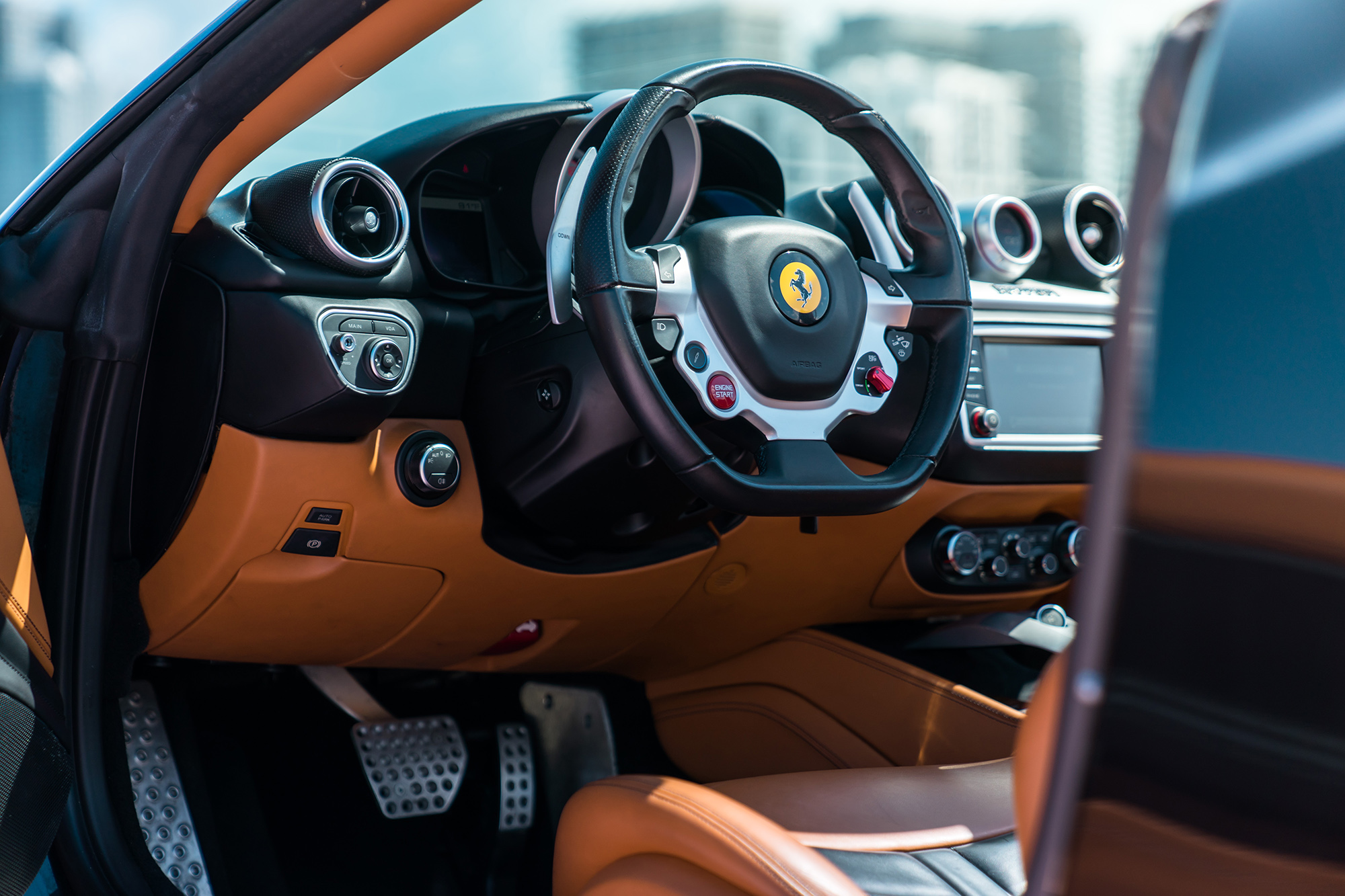 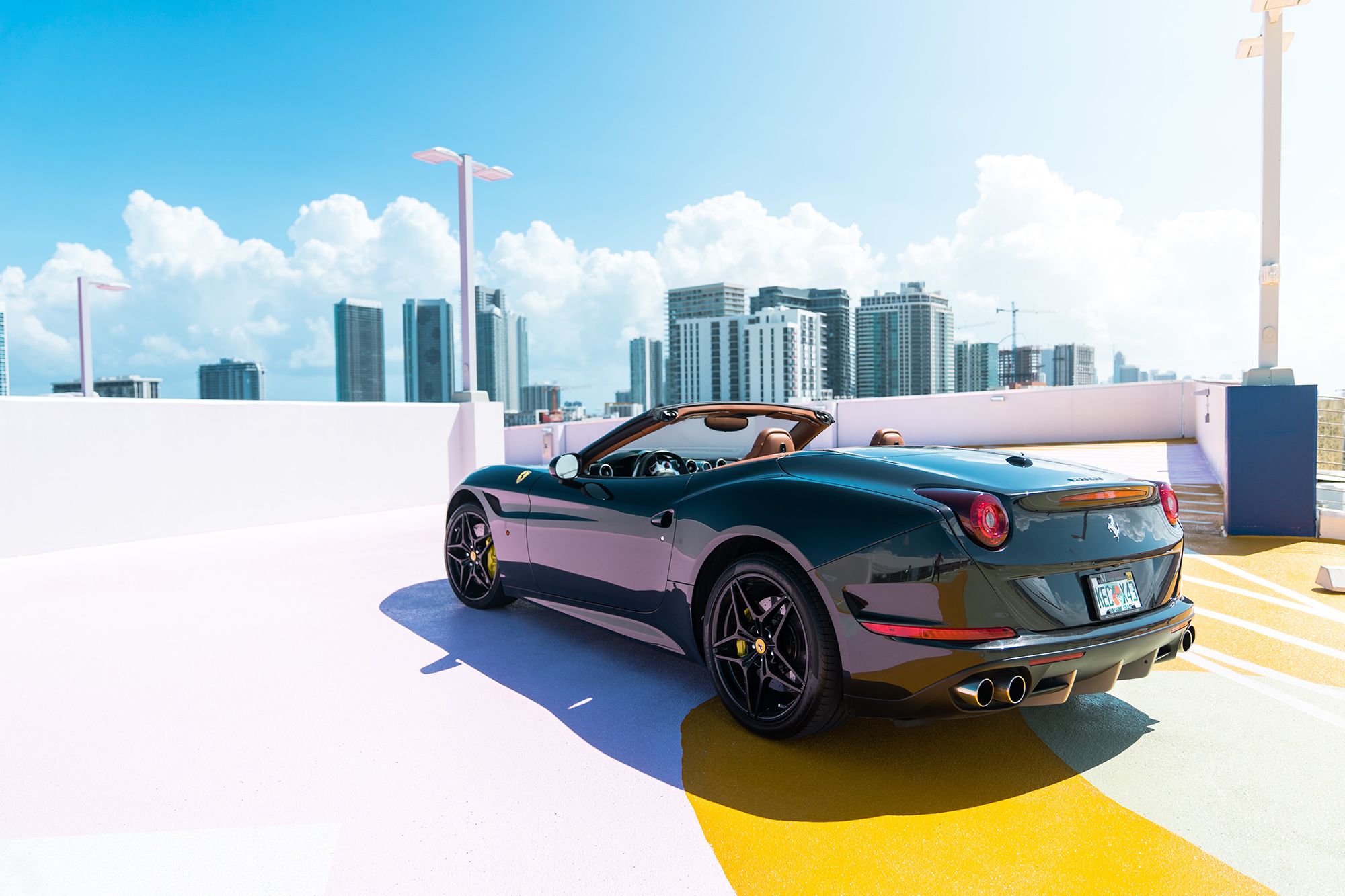 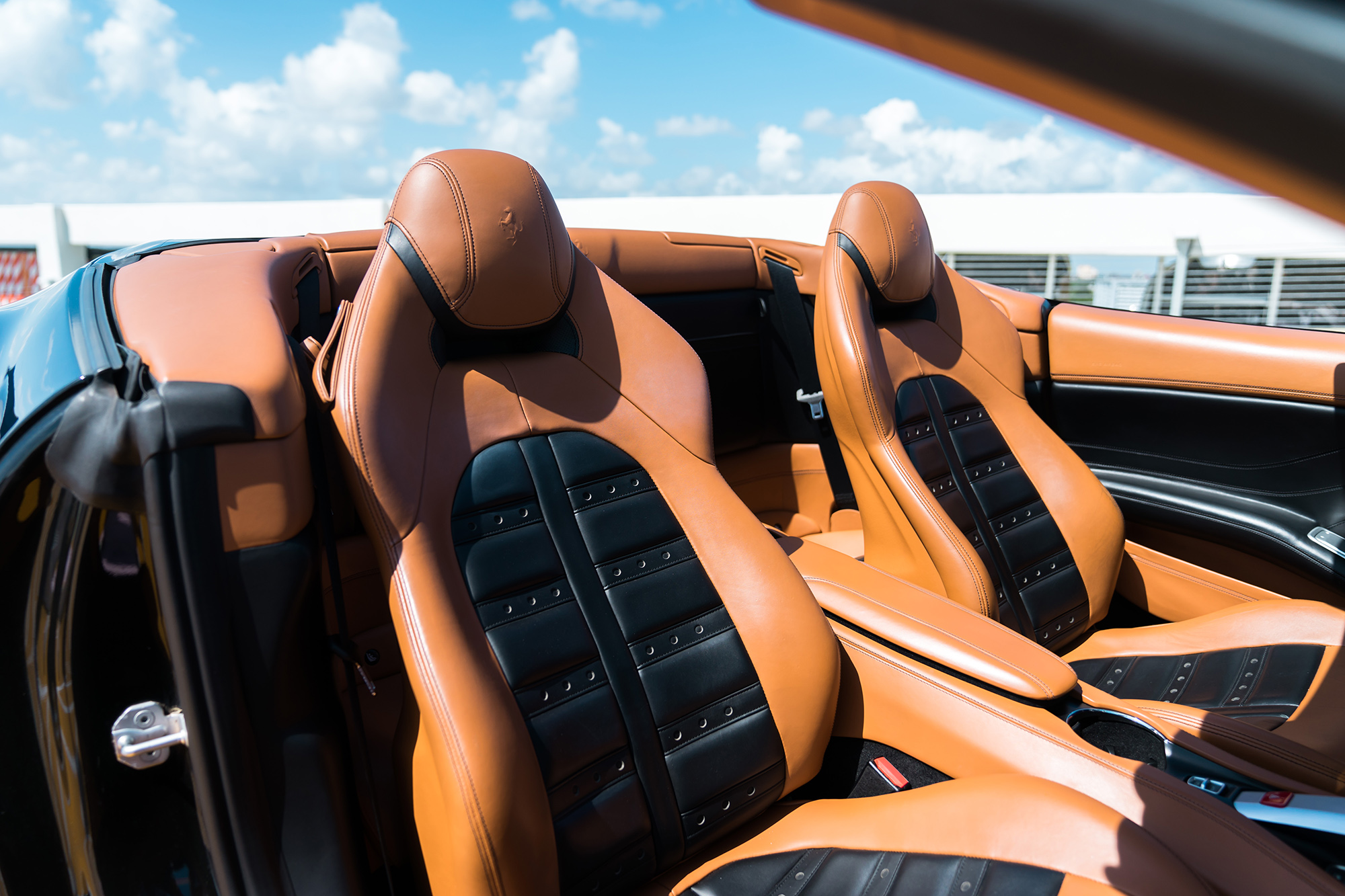 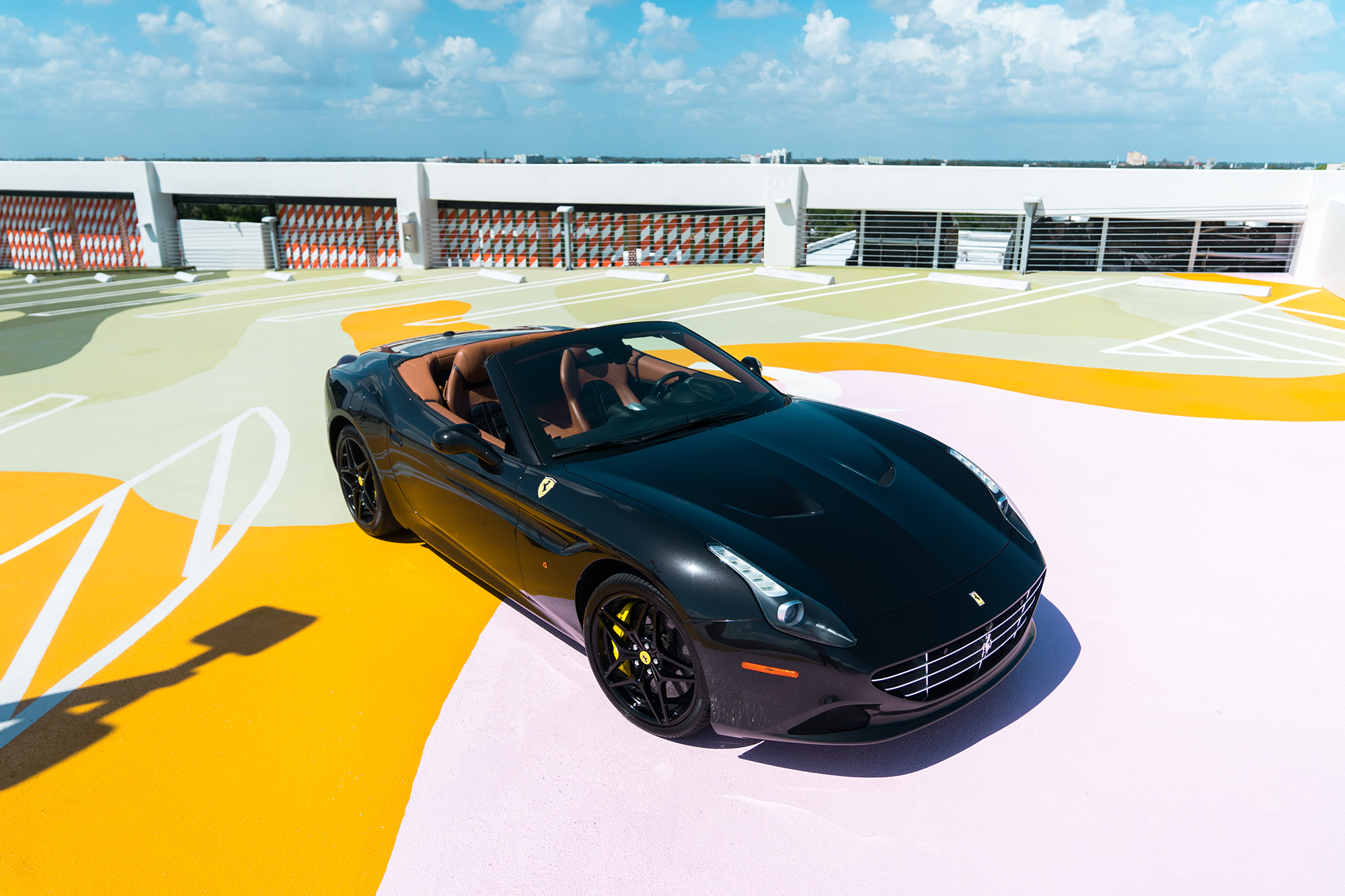 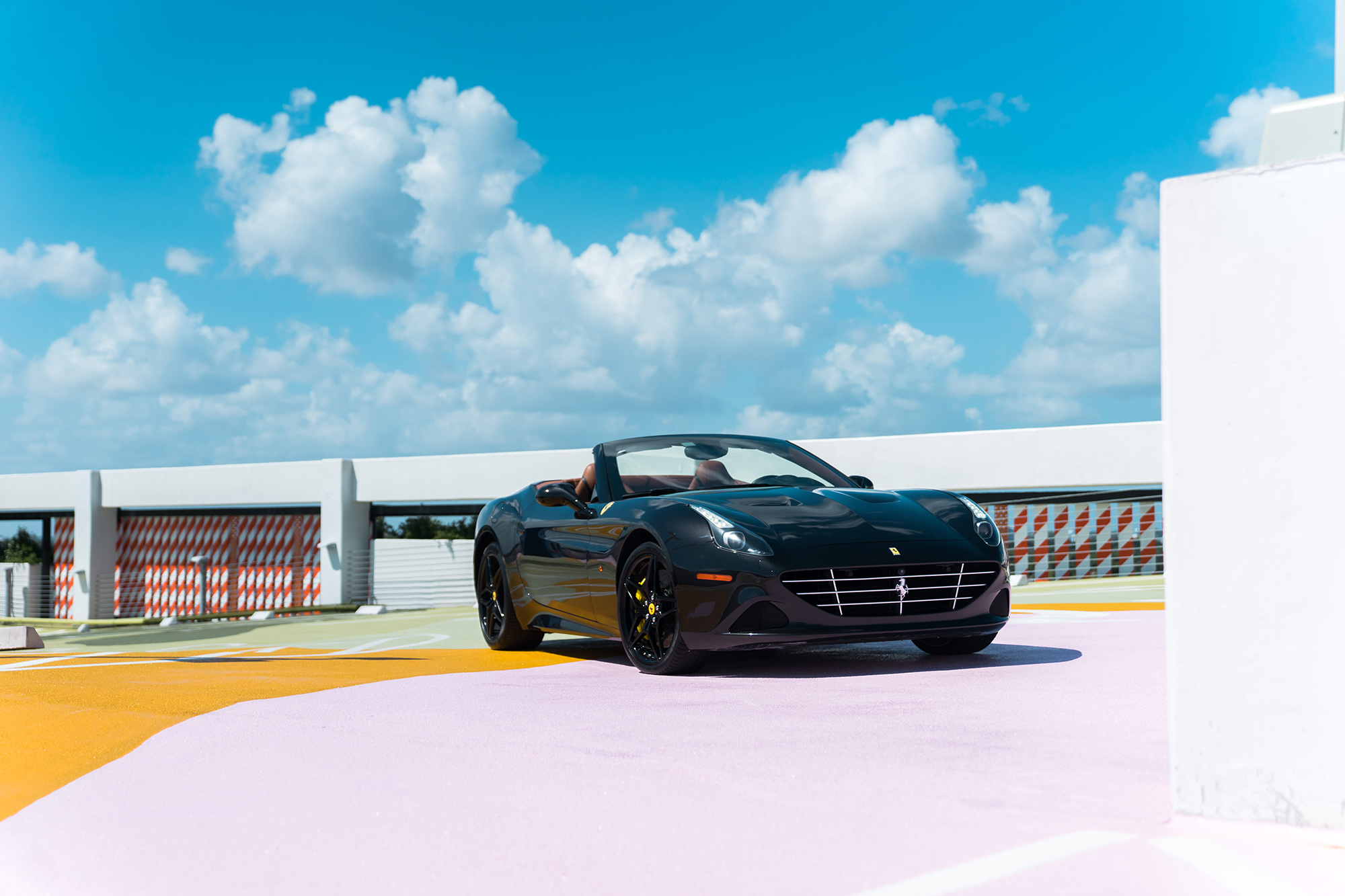 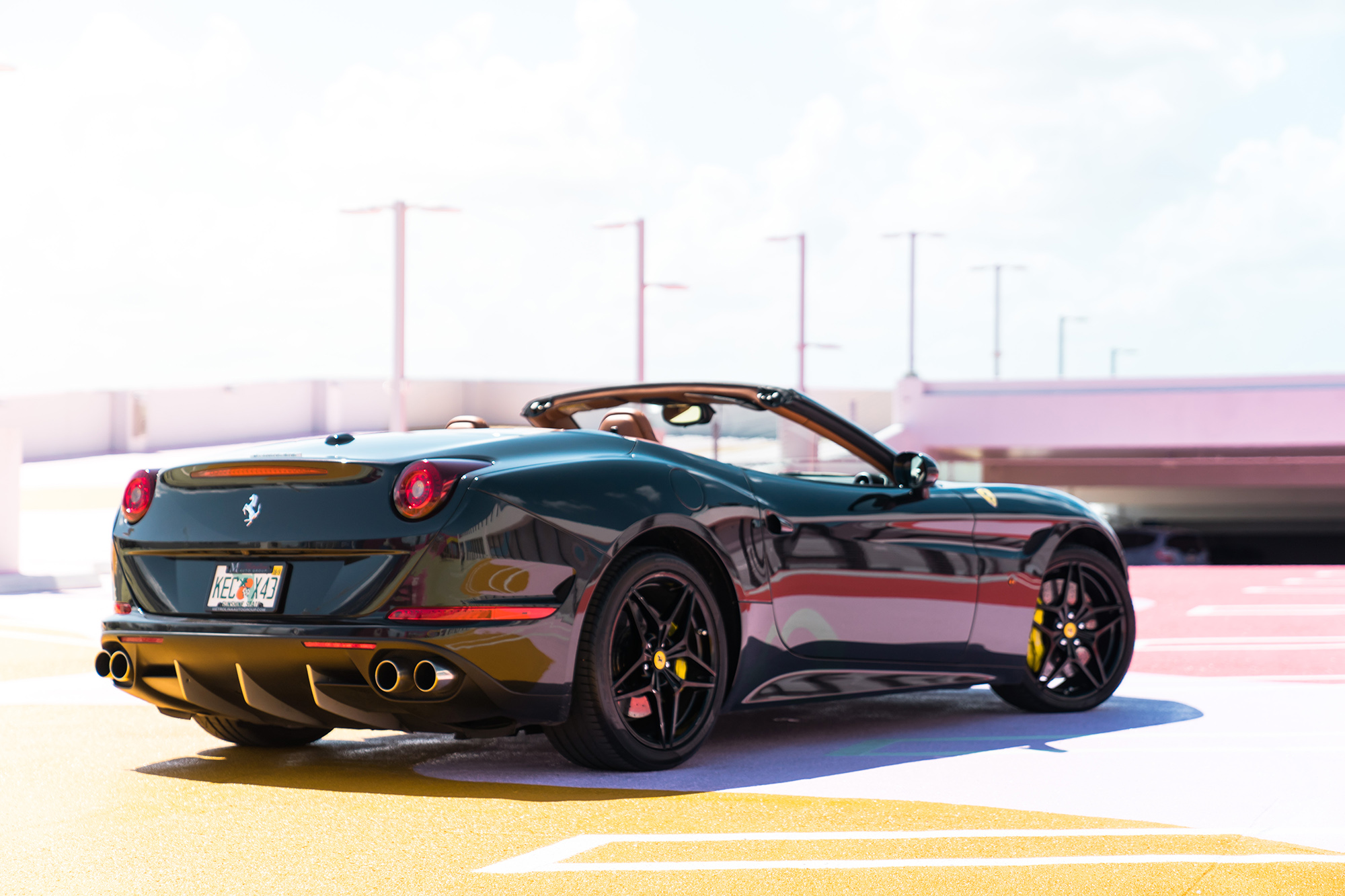 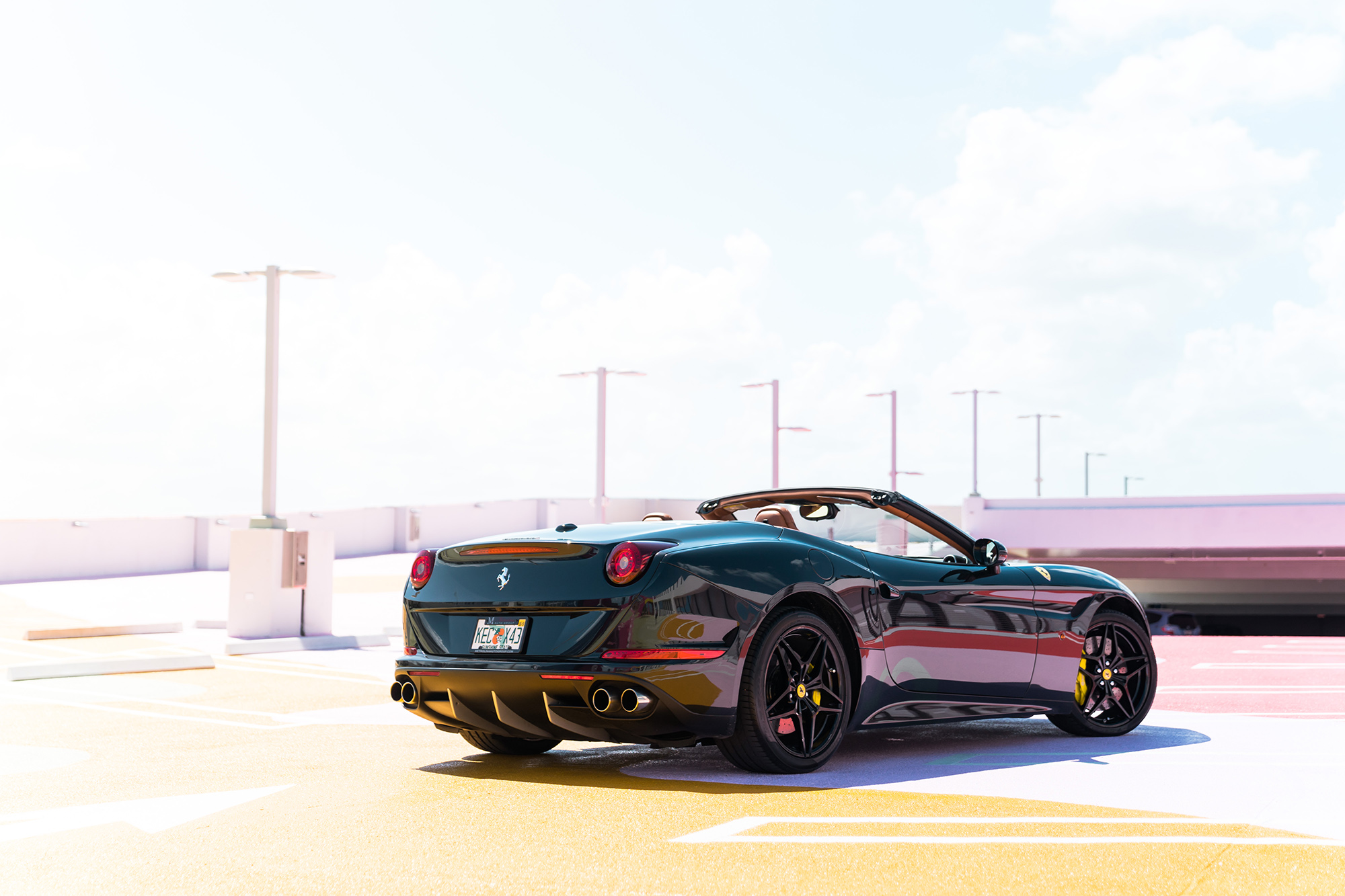 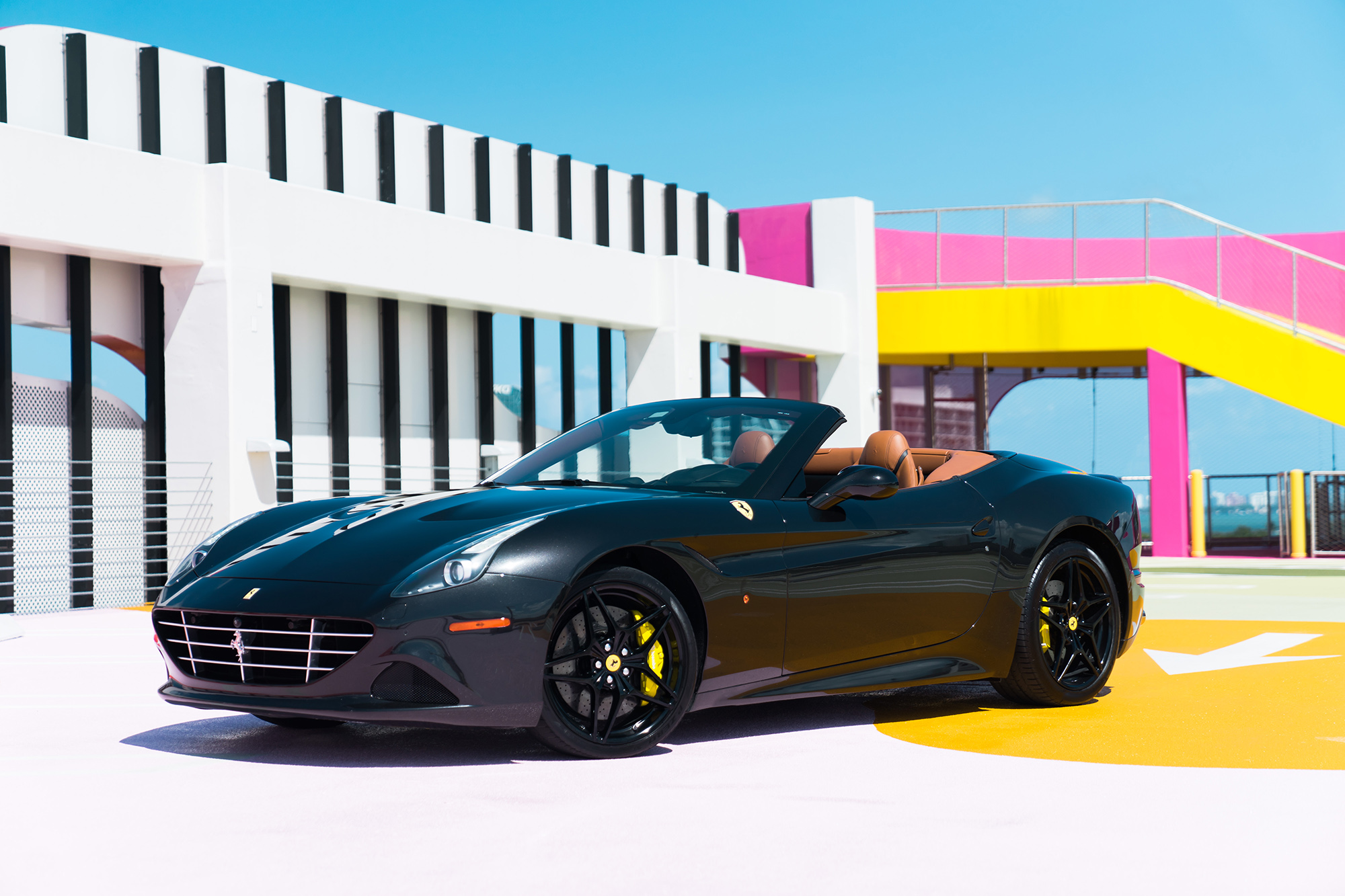 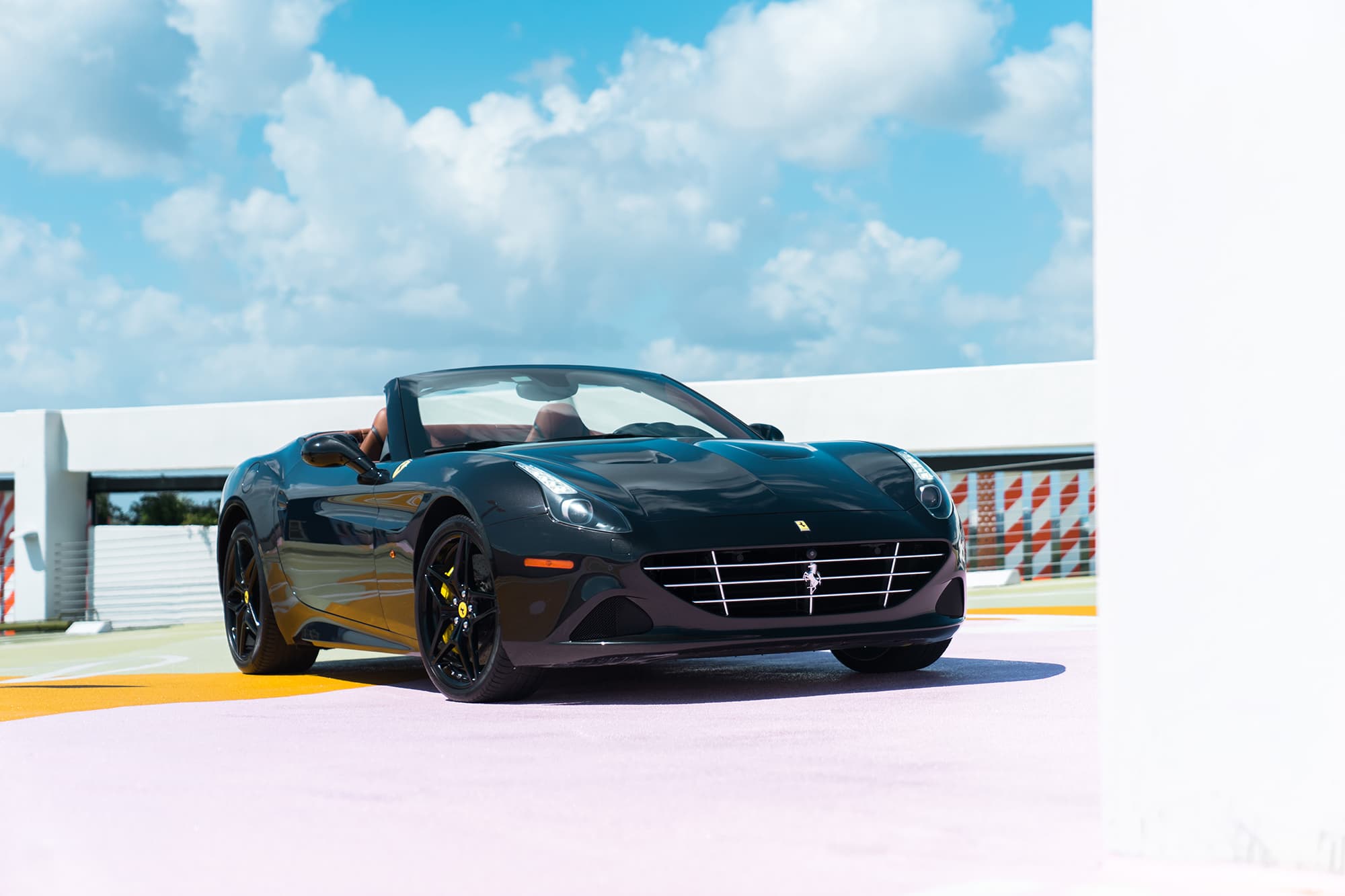 The California is ​Ferrari​’s front-engine, four-seat, retractable-hardtop GT. This is the most relaxed, civilized, and “affordable” car in the Ferrari lineup, but with over 500 hp and a top speed of nearly 200 mph, the twin-turbo V-8 California T is no poser. With 454 hp from an 8,000 rpm, 4.3-liter V-8 shared with the Ferrari F430, the 2010 California rental Miami was both quick and fast. In fact, ​when we first tested a California​, it generated 0.99g on a skid pad and ripped off 3.5-second 0-60 times; quick enough to give the lighter, more powerful F430 a run for its money. Not bad for Ferrari’s “entry-level” car. And true to its role as a GT car, we found the ride/handling balance to be just about perfect, and also discovered that Ferrari’s extensive wind-tunnel testing paid off in top-down driving. The California was both exhilarating and civilized. The California T has left some ​Motor Trend
​ editors a bit cold. It’s an excellent GT car, but not the enthusiast Ferrari rental we dream of, argue about, and scheme to drive. But the California is Ferrari’s biggest seller, so the argument is moot. In 2016, Ferrari brought its Handling Speciale model back to the fold (it was first offered on the 2012 California). With stiffer springs, tighter magnetorheological shocks, an even tighter “Sport” mode, a more rambunctious exhaust system, and an even faster-shifting dual-clutch transmission, the California T HS has moved closer to the Ferrari ideal. ​As Johnny Lieberman said in a test of a 2017 California T HS​: “Now it’s true, the California T is still a folding hardtop convertible, but the HS package brings out the car’s sporty side. If the 488 is your idea of a sports car, then the California T HS splits the difference between a GT and an out-and-out sports car…Color me impressed.”
Because you’re ready for your first Ferrari rental , but you’re not quite ready for something as hardcore as a 488 rental or as expensive as an F12berlinetta. Plus, the ​Bentley Continental GT​ rental ​is too big, and the ​Aston Martin Vantage​ is getting long in the tooth.