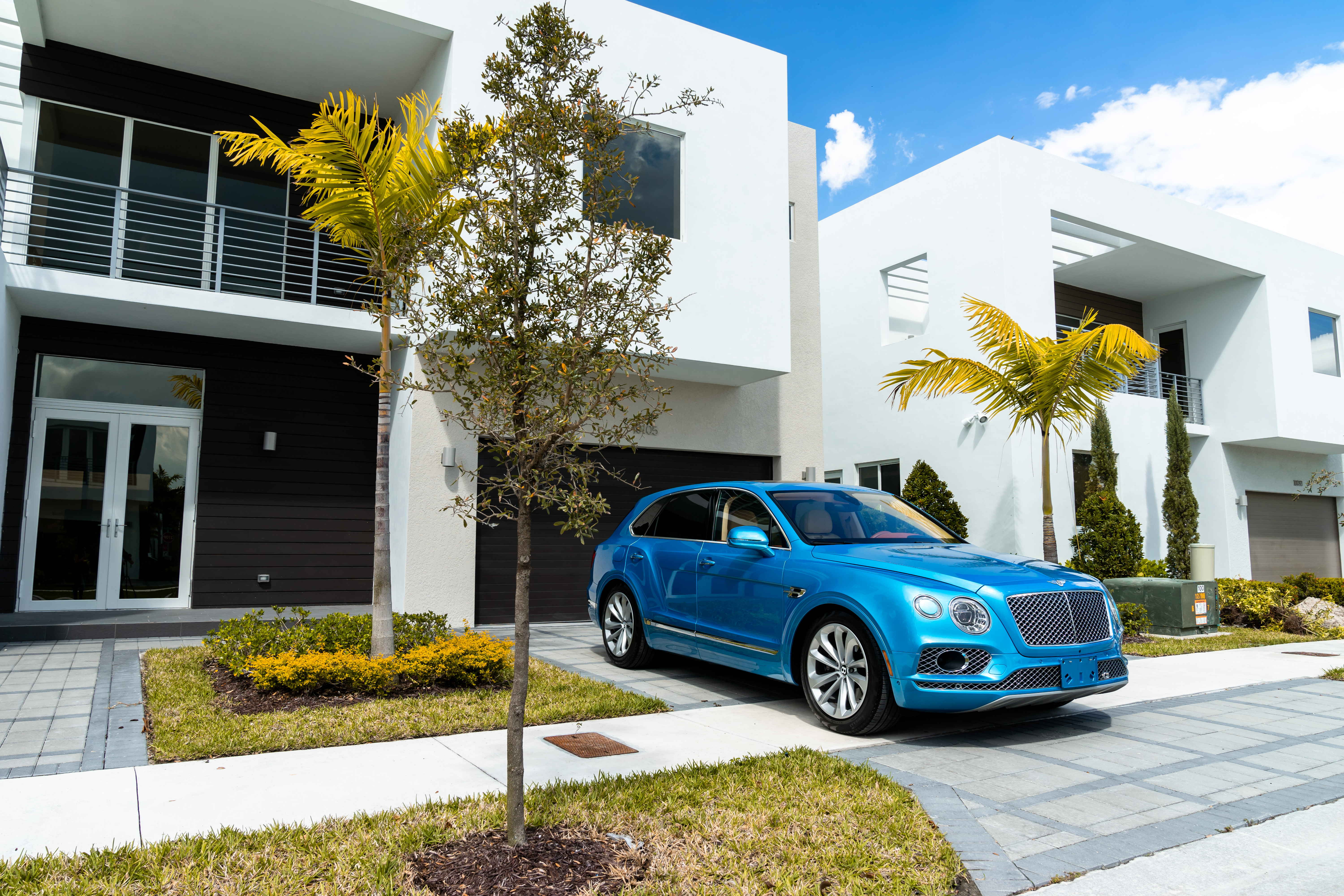 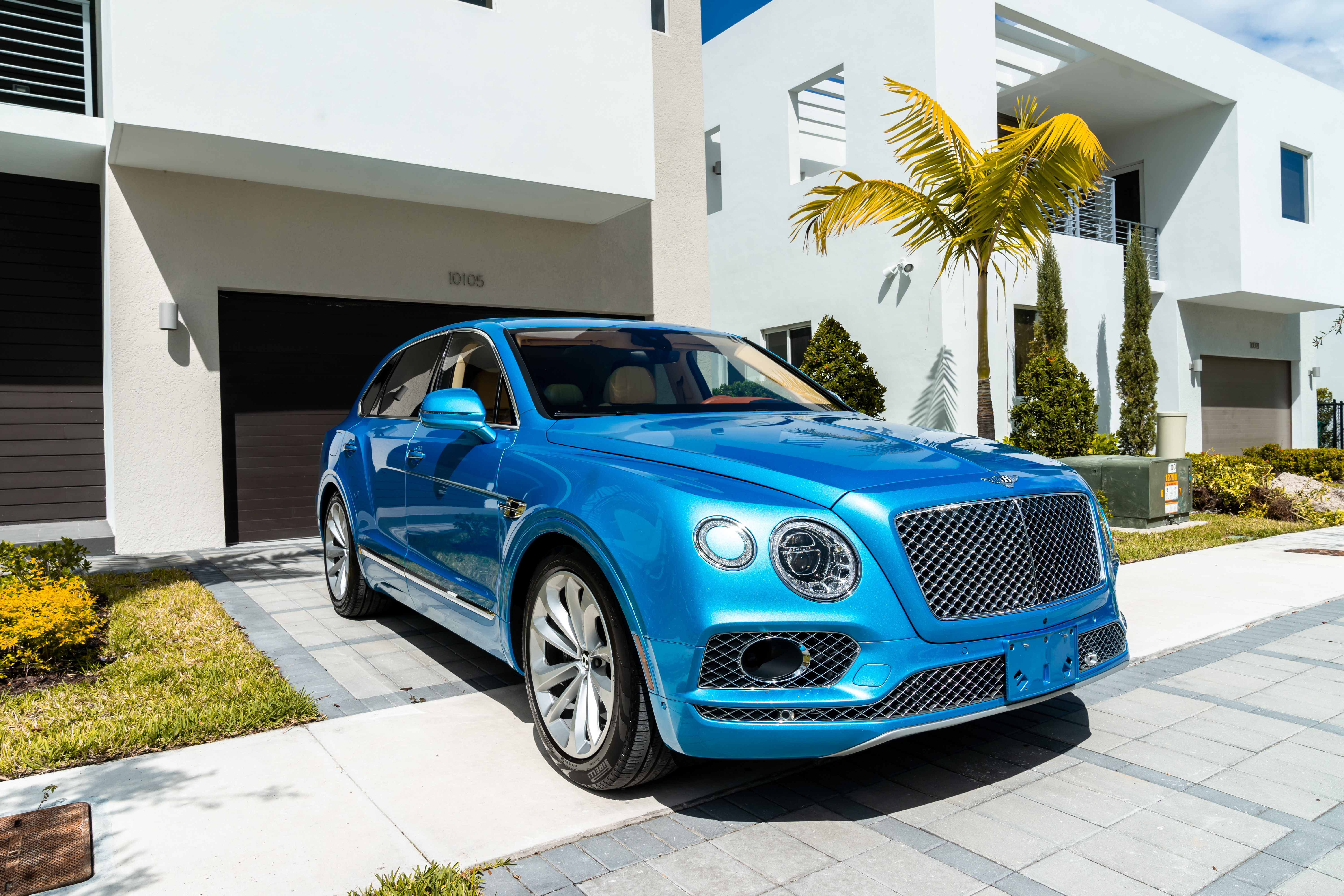 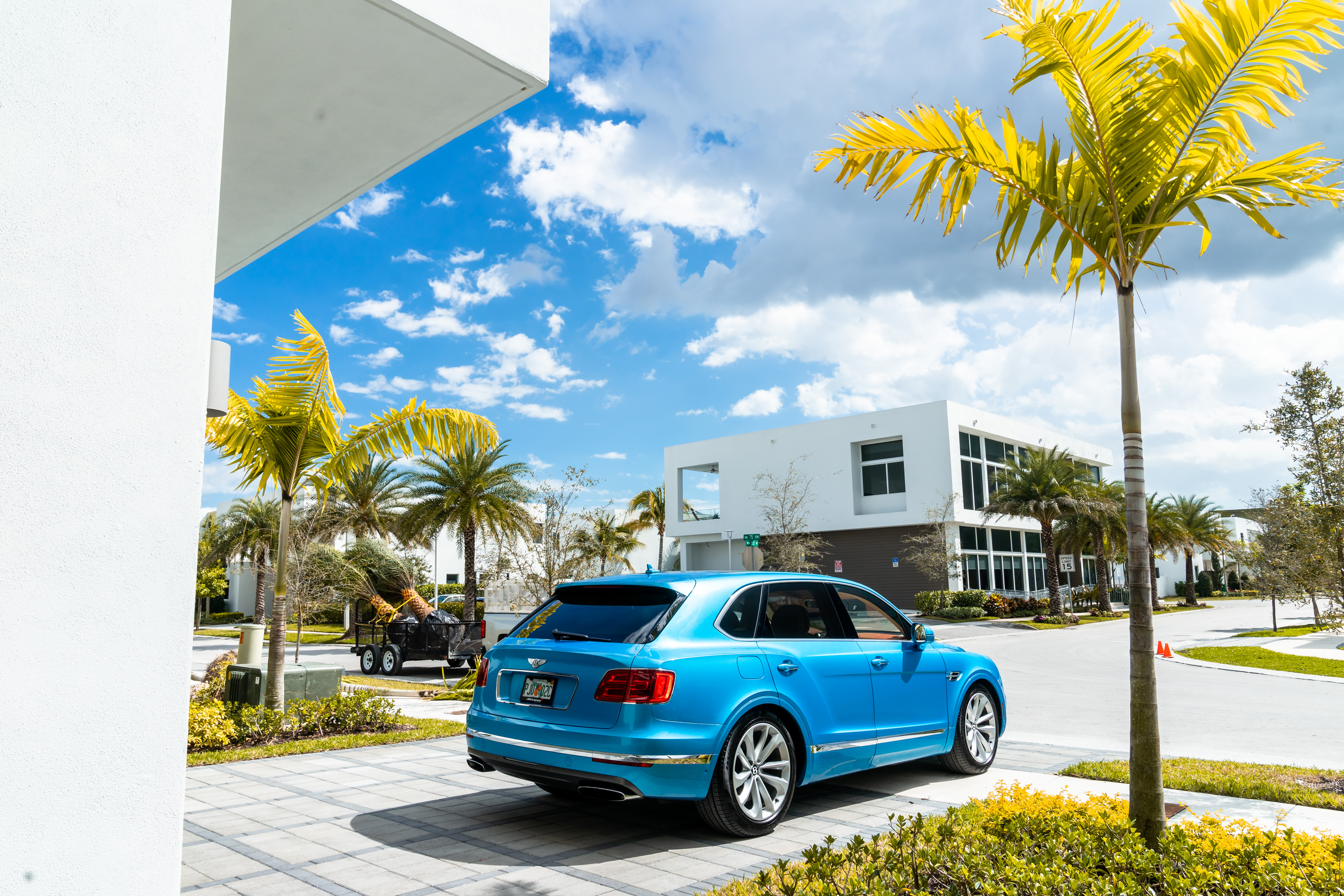 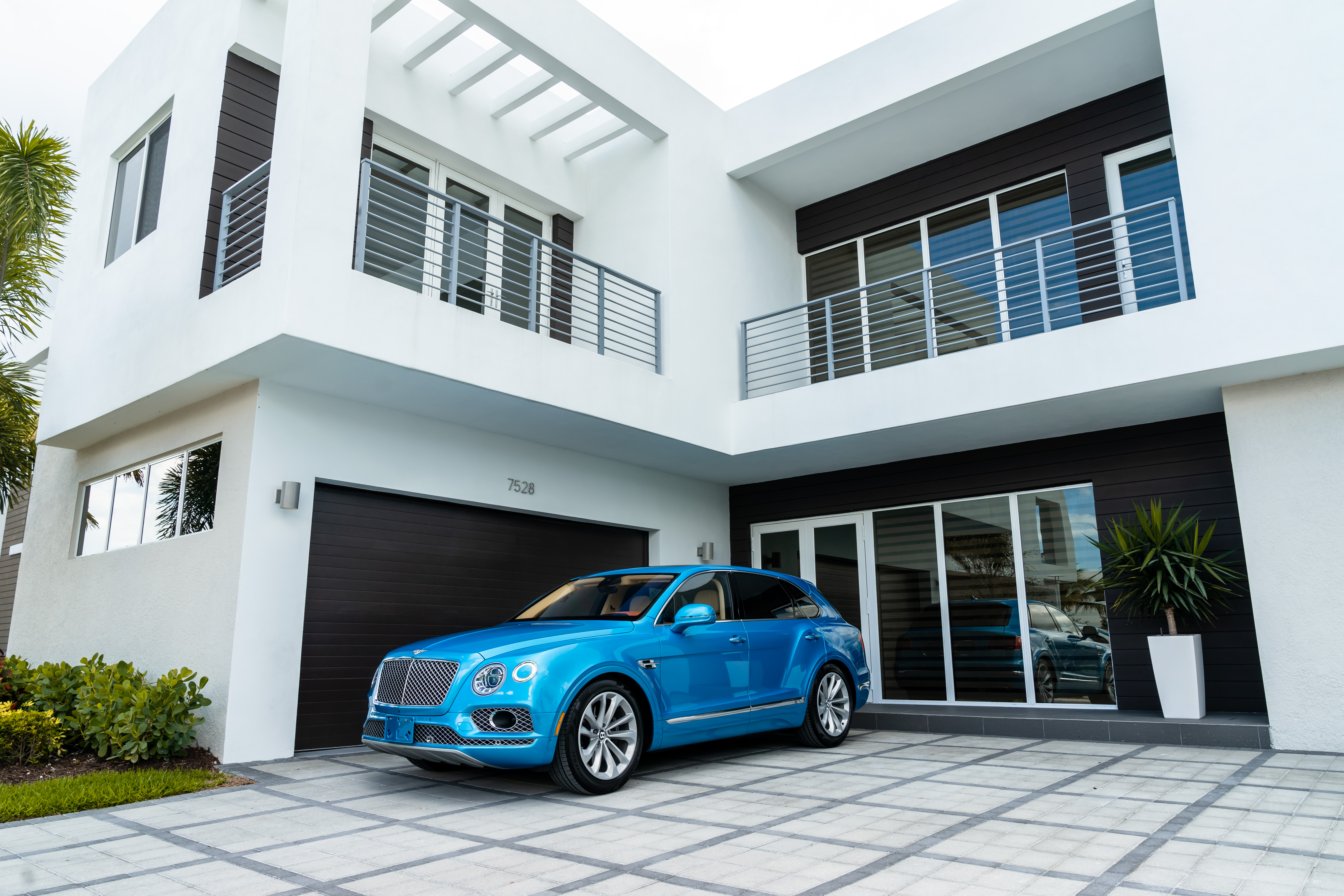 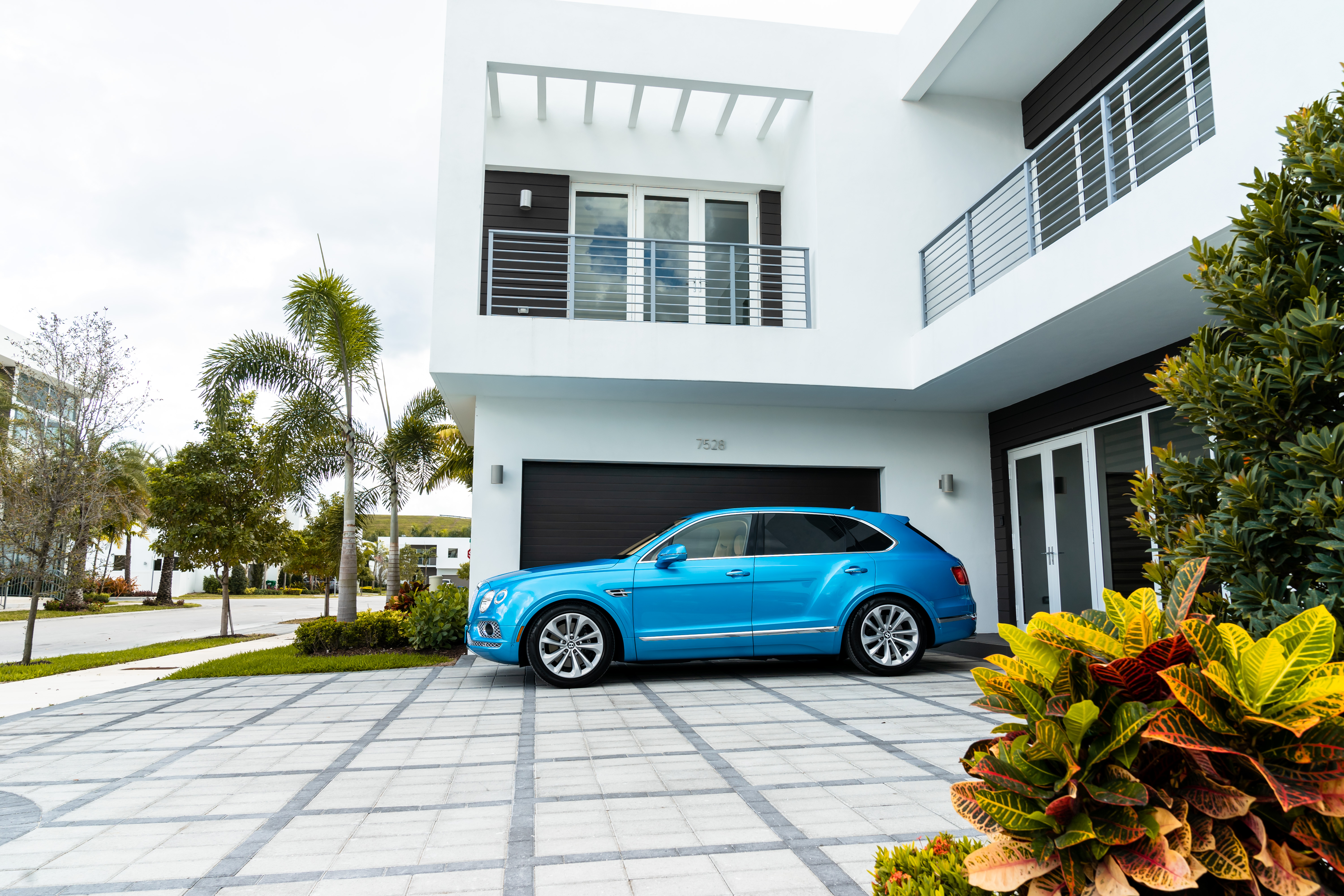 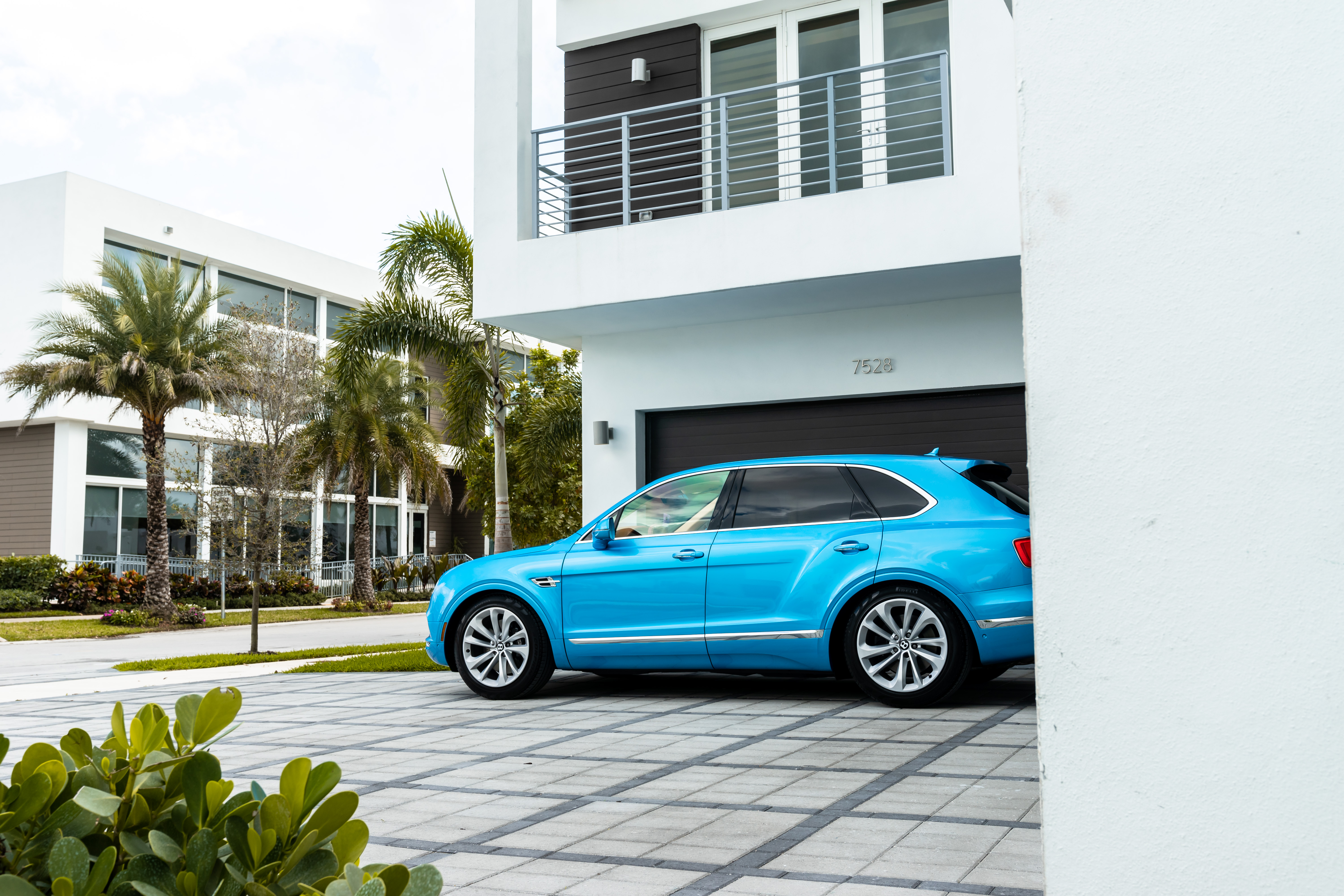 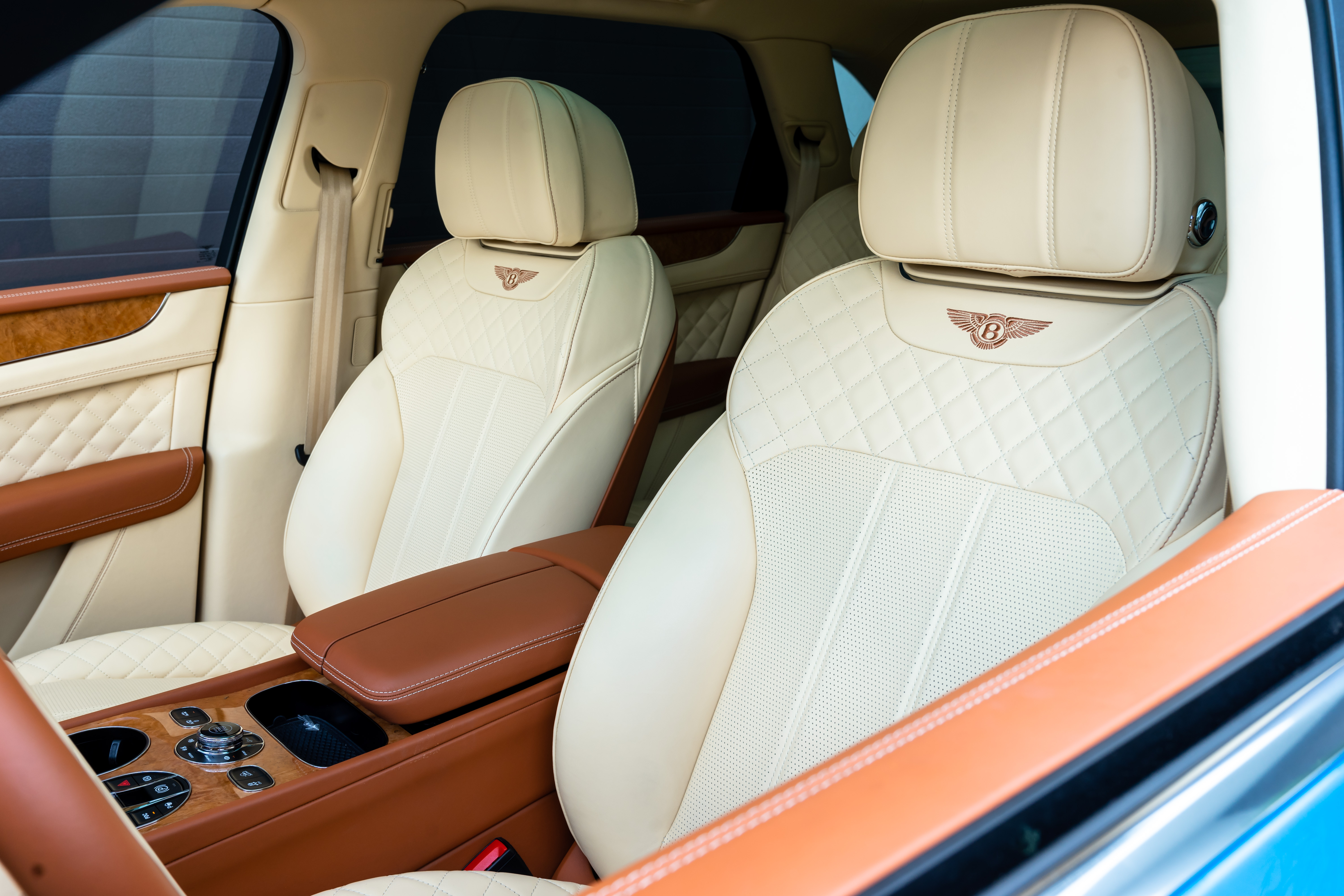 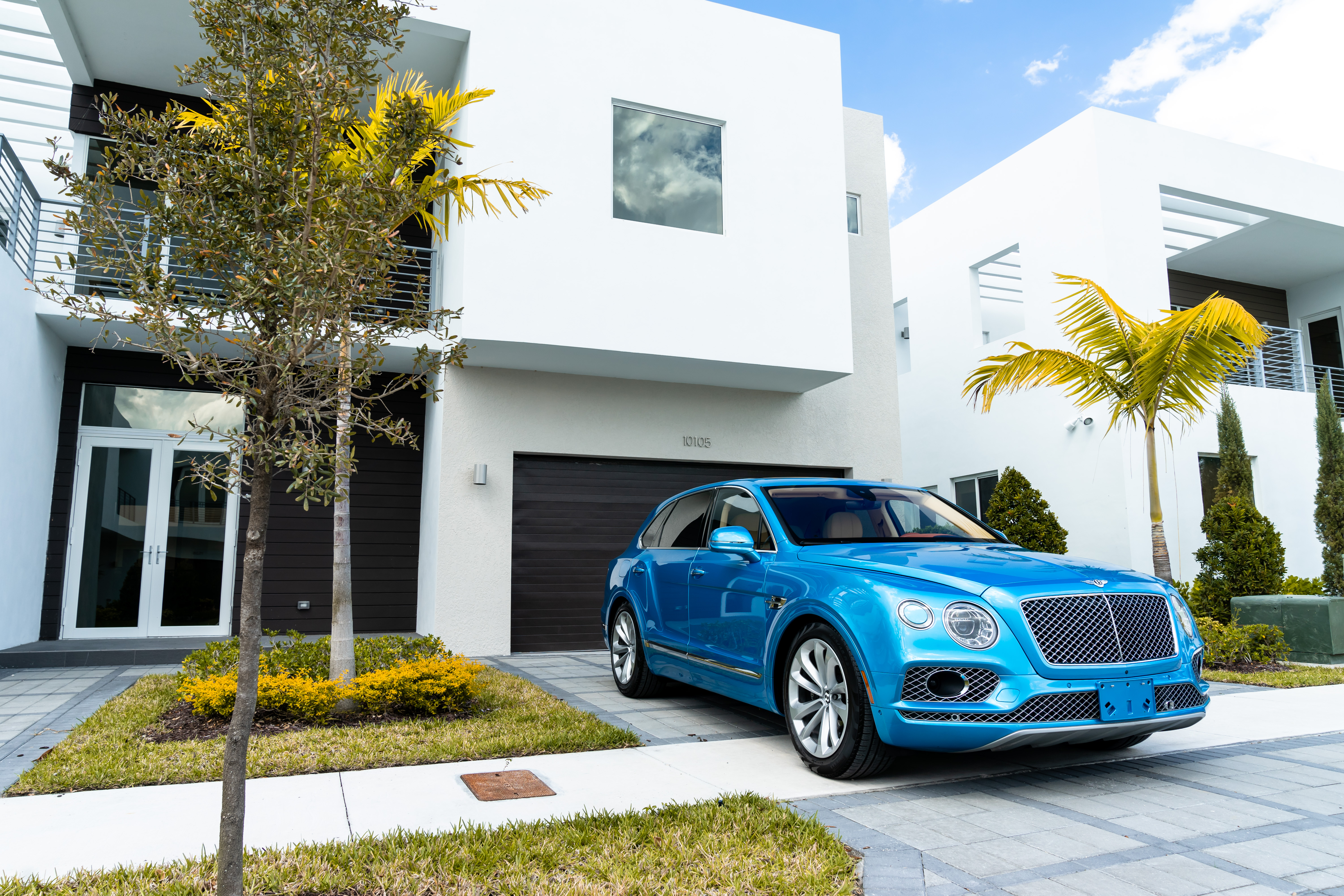 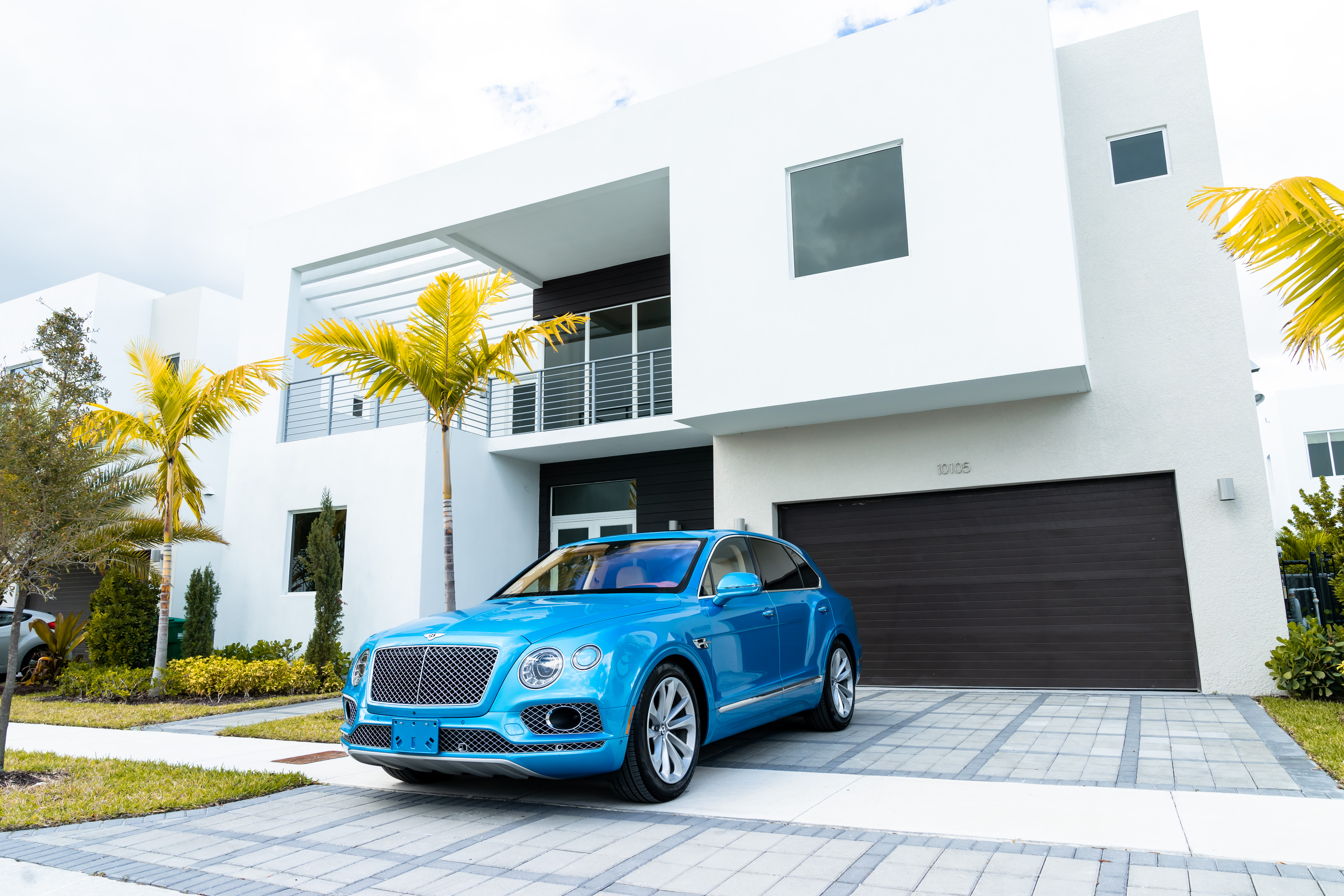 With a claimed top speed of 187 mph, Bentley boasts that the Bentayga is the fastest SUV in the world. The claim is made possible by a twin-turbo 6.0-liter W-12 that makes a mighty 600 hp; an eight-speed automatic drives all four wheels. The interior can be configured to seat four or five, and only the finest leather will cosset those lucky posteriors. Options include 22-inch wheels, rear-entertainment tablets, and a 1950-watt, 20 speaker audio system.

Bentley says the V-8 is the sportiest version of the Bentayga despite its power deficit, and we have to agree after sampling it both on the German autobahn and on the tight Alpine roads of Austria. Curb weights should drop by about 100 pounds versus the 12-cylinder, most of it coming off the nose, and indeed the new rig feels a touch more willing to bite into corners and change direction, even when sliding around a makeshift ice rink that Bentley had set up for the occasion. And up to eight driving modes, four each for on- and off-road setups, allow the Bentayga’s engine, drivetrain, and chassis systems to be honed for varying conditions and driver attitudes.

This is a 5,379-pound, eight-speed, AWD, beautiful beast. Torque is 664 pound-feet. Top speed is 187 miles per hour. Zero to 60mph takes four seconds. Even taking into account Alfa Romeo’s Stelvio-set track record​ at the Nurburgring in Germany, this is the world’s fastest SUV. The SUV looks as regal as it drives—from the front, at least. The gigantic matrix grille flanked by four round headlights, trimmed by brilliant LEDs, might as well be sourced from the Crown Jewels. It’s a stunning effect that anyone will recognize, and that’s what you want when you pay this much for an SUV, right?